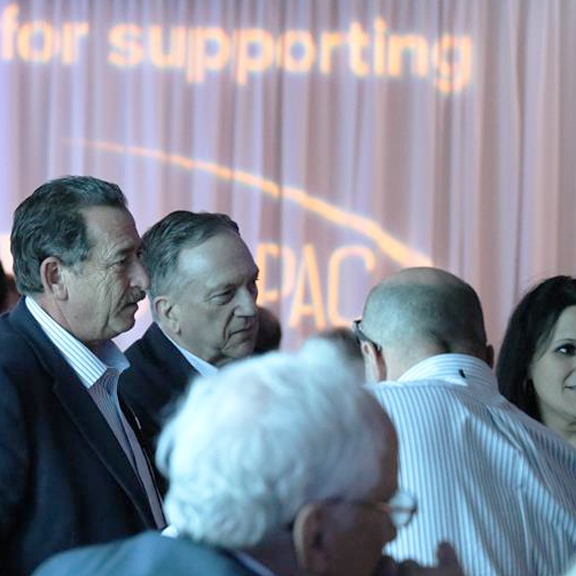 Value PAC is Value Drug Company’s non-partisan political action committee dedicated to promoting the interests of independent community pharmacy in Pennsylvania through financial campaign support for those candidates and legislators who understand and are appreciative of pharmacy and distribution issues. Active legislative engagement gives our members a strategic edge that enables them to stay ahead with a proactive, rather than reactive, pharmacy environment, thereby bringing order to an unpredictable healthcare delivery process. There is strength in numbers and our sizeable membership base provides independent community pharmacists with the opportunity to serve the Pennsylvania General Assembly as knowledge experts and alert key public policy decision makers on the current issues facing our industry.

HB 941: PBM Pricing Transparency in Medicaid
Sponsored by Rep. Doyle Heffley (R-122) and Rep. Robert Matzie (D-16), HB 941 requires transparency in the Pharmacy Benefit Managers’ (PBMs) dealings with the Managed Care Organizations and the Department of Human Services. Almost 90 percent of Pennsylvania Medicaid patients are served by managed-care companies that contract with the state. In turn, these companies contract with PBMs for the management of their pharmacy programs. This legislation would require transparency between the payments from the MCOs to the PBMs and then to pharmacies and would also ensure fair reimbursement rates for community pharmacies.

Update (September 2020): This bill has been unanimously approved by the House (197-0), unanimously voted out of the Senate Health and Human Services Committee (11-0) and has had First and Second Consideration in the Senate. There are many positive and necessary regulations included in this bill that will be very beneficial to independent pharmacy. At this time, discussions are ongoing between Value Drug , PPA, members of both the Senate and House, and the Governor’s office in an attempt to make sure that we can effectively pass this legislation within the next month or two as the Legislature ramps back up before the election.

HB 942: Amendment to the Composition of the Pharmaceutical and Therapeutics Committee
Sponsored by Rep. Seth Grove (R-196), HB 942 would add one member from all four caucuses and two additional community pharmacists to the Pharmacy & Therapeutics Committee (P&T). The P&T Committee establishes the drug formulary lists for the Medicaid program.
Update (September 2020): HB 942 no longer needs to pass through the Legislature and be signed by Governor Wolf as two pharmacists, Pete Kreckel and Chris Antypas (both Value Drug members) were added to the committee without having to proceed through the entire legislative route.

HB 943: Removal of Gag Clauses in Medicaid
Sponsored by Rep. Valerie Gaydos (R-44), HB 943 would remove gag clauses in Medicaid. When PBMs contract with pharmacies, many times the contracts contain gag clauses, which prohibit a pharmacist from disclosing information to their patients that could substantially reduce the patient’s out-of-pocket costs for their prescription medications. Additionally, some PBMs are prohibiting pharmacists from disclosing information to legislators and other officials and this bill would prohibit those gag clauses as well.
Update (September 2020): This bill was presented to and signed by Governor Wolf on July 23rd and is now known as Act No. 67 of 2020.

HB 944: Authorizes the PA Auditor General to Audit PBMs in Medicaid
Sponsored by Rep. Jonathan Fritz (R-111), HB 944 would allow the Auditor General to audit all contracts between the Department of Human Services and the Managed Care Organizations, as well as the contracts between the MCOs and the PBMs.
Update (September 2020): This bill also was unanimously approved by the House (197-0) and currently sits in the Senate Health and Human Services Committee. As with HB 941, many organizations are attempting to find the best avenue for passage. We want to make sure that everyone involved understands the importance that this bill can provide to pharmacy. We want the state of Pennsylvania to be required to do both an audit of PBM pricing to pharmacies and a study of PBM reimbursement tactics to get a truthful understanding of the games that PBMs are playing with taxpayer dollars.

HB 945: Conflict of Interest
Sponsored by Rep. Stephen Barrar, HB 945 would prevent a Managed Care Organization from using a Pharmacy Benefit Manager for Medicaid if the PBM is part of a larger company that also owns retail pharmacies.

Help us help you!